In addition to their role in providing school-to-school support SLEs are involved in many aspects of the teaching school work including:

Bridget is an experienced Head of Mathematics of a high attaining department at Uffculme School. She began her teaching career in 2000 and was Head of Year for four years before becoming Head of Department in 2006. Bridget has led a variety of successful strategies and initiatives within Uffculme School's Maths department and has then run PD sessions for local schools. She is a Maths PD Lead and currently runs a National Collaborative project on 'mathematical reasoning' with the Jurassic Maths Hub and NCETM.

Jo has been the Headteacher of Uffculme Primary School since 2014. Prior to this she was Deputy Head & SENDCo at Rydon Primary School for five years where she also achieved the National Award for SEN Coordination. Jo has taught within Devon for fifteen years and with a specialism in Early Years Education (MEd). Jo is a school based mentor for our School Direct Training programme.

Claire is Asssitant Headteacher at Uffculme Primary School, where she is also the Key Stage 2 Lead and English Coordinator. Claire is a staff govenor and has been teaching at Uffculme Primary for 10 years. She is passionate about teaching and providing an outstanding education for children of all abilities and backgrounds. Claire has delivered some of our Key Stage Writing Moderation workshops.

Fiona is a Deputy Headteacher with responsibilities around curriculum design, mathematics, assessment, NQT support, development of middle leaders and CPD. She was seconded to Castle School to support improved learning for the children in 2013. She has been teaching in Primary Education for 30 years, starting her teaching career in East London and has been based in Devon for 27 years. She worked as an adviser for Maths within Devon under the umbrella of the Primary National Strategies for 9 years. She has a history of delivering high quality bespoke CPD programmes as well as NQT training and supporting action research.

Tom is passionate about teaching and learning and has taught all three sciences at Kingsmead School since 2009. In 2012 he was appointed ‘Leader of Achievement’ for KS3, responsible for highlighting, monitoring and tracking under performing students and making sure interventions are in place to support them. On top of this role he has interest in ‘data and assessment’ in life beyond levels and during primary-secondary transition. At Kingsmead Tom mentors Science ITT students and is also Somerset Science Network Leader,organising the very successful Science Somerset S4S days. He has also delivered network meetings for STEM learning and bespoke STEM triple science support.

Jen is an SLE with responsibility for Initial Teacher Training (ITT) and newly qualified teacher (NQT) development. Prior to taking on this role, she worked as an AST and has extensive experience leading high quality CPD and facilitating the development of new and early stage teachers across the South West region. Jen is also the project manager for the Women Leading in Education South West Network

Nick has been the Head of MFL at Blundell’s since 2014 and prior to that worked at Huish Episcopi, during which time he held the position of Head of French and Teaching and Learning mentor. He has over ten years’ experience of supporting trainee and newly qualified teachers as well as those with more experience. Nick is passionate about teaching and learning, running regular topical sessions in this field for Blundell’s staff as a coordinator of the teaching and learning committee.

Jim began his teaching career in Manchester in 2001. Since then he has taught in international schools in Thailand, where he coordinated the implementation of the school's GCSE programme, and Bahrain, where he was Head of Year 11. Since returning to the UK he has worked as Head of the Culture and Creativity Faculty at Stanchester Academy and in his current role as Head of Geography at Huish Episcopi. In both settings he has led on a variety of successful strategies and initiatives.

Amy has led Early Years at Holway Park Primary School for 5 years, with 10 years of teaching experience in the Early Years. Prior to this Amy taught supply across the primary phase. In her current role at Holway, Amy provides support as an ITT and NQT mentor. She leads workshops focused on engaging parents in understanding key curriculum areas and plans the transition programme from pre-school to school.

Fergal  is currently the Head of Mathematics and IT at The Taunton Academy, where he has been teaching since 2012. His previous roles include Numeracy Coordinator and Head of Year 8, as well as teaching PE and Maths. Fergal has recently been sharing his experience by delivering CPD sessions to NQTs.

Kelda is an experienced Head of Languages of a high attaining department at Isca Academy in Exeter. She started teaching in 1994 and quickly became a Head of Department. She currently teaches Spanish and French but has also taught ICT and Media Studies as a result of working as an Apple Certified Trainer and a Lead Practitioner for media-rich learning. She is an exam marker for AQA, ITT and NQT mentor, as well as an advocate for developing innovative approaches to pedagogy. Kelda has experience of running practical CPD workshops, speaking at conferences, and mentoring and coaching middle leaders in a variety of contexts.

Mike has been the Head of Science at Uffculme School since September 2006. He has worked worked across a number of different schools in different contexts as a Head of Physics and leading a large Science department in New Zealand. With this range of experiences he has a clear understanding of outstanding leadership practice in Science and how to maximise the effectiveness of a department.

Tom has been Media and Film Co-ordinator at Exmouth Community College since 2014. He is passionate about the subject and has delivered a wide range of vocational and academic courses as part of a specialist Media and Film department. As well as an up-to-date knowledge of developments in the subject, Tom also has skill in the practical production elements of the course and is regularly involved in short film productions outside of education. Tom has extensive experience in planning new programmes of study in a mixed ability setting and getting the best out of all students. 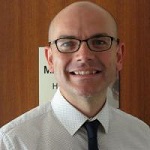 Martin has worked at Uffculme School since 2012 in a variety of roles, most recently as a Head of Year since 2015. He has also worked as Head of Personal Development (PSHE) and Head of KS4 Religious Studies.During his time at Uffculme Martin has been involved in mentoring and supporting trainee teachers and NQTs, as well as frequently being used as an exemplar for outstanding teaching for visitors to the school. In 2013 Martin led Uffculme's work in becoming one of Stonewall's first 'Schools Champions', recognising and celebrating the school's work on LGTB+ inclusion.